This morning, I needed to use my voice. Loudly.

I could feel it as soon as I woke up, so I hiked up onto the moors far away from any houses where I could shout my head off whilst dancing like a maniac. I don’t need as much catharsis as I used to when I was a young man, but oooh I do still enjoy it when the mood takes me!

As I walked back down the lane, a van slowed to a halt in front of me and the driver leaned out of his window, asking for directions. I told him unfortunately I didn’t know the place he was looking for, but offered him my phone for a moment. He already had one, so we said goodbye and he drove on.

No big deal, but the way it happened was so full of the practice I’d just been in. My heart so full and open, it came naturally to smile broadly and look into his eyes with genuine curiosity about who this human being was. All in a moment of instinct, I reached out to hold his wing mirror as we spoke, which in a way felt like touching him and crossing the taboo against physical contact that has swept the world this year. We’d only spoken for a moment, but in those few seconds, we’d really met.

Here’s the nub of it: dedicated movement practice is all very well, but we have to take it onto the streets or it doesn’t add up to much. And that doesn’t mean dancing on the streets (though it might). It means taking the inspiration you’ve found in your practice out into the world and sharing it freely, generously, tenderly, kindly, boldly, spontaneously, creatively. Let’s be a light unto the world. When we can.

I say all this with a rueful humility for all the times I have not managed to do this. In particular, the times when I’ve used the power/energy/light that I’ve found in my practice to mask my perennially compromised self-esteem, apparently making myself look good/bright/cool in subtle or blunt competition with others. It would be comical if it weren’t for the way it hurts.

However, on a good day, I know it can be done; we really can make a difference in a beautiful way. Where are your windows of opportunity?

Adam Barley | Mar 16 2022
During my work, stuff comes up. There’s often a strong sense of moving through it in a way that feels like healing, to use the original meaning of the word which is related to wholeness, and holiness. We become more completely ourselves.  Because of this common experience, there’s a tendency to think of it as END_OF_DOCUMENT_TOKEN_TO_BE_REPLACED
Grieving is Medicine

Adam Barley | Sep 20 2021
Everything seems normal here.  I can hear the guy who lives across the street fixing up the garden shed he’s been working on for months.  The sparrows are a riot in the tangled threads of Russian vine spilling over into our garden from next door.  I’m just back from taking my youngest to school, all END_OF_DOCUMENT_TOKEN_TO_BE_REPLACED
Movement Practice in Focus

Adam Barley | Aug 3 2021
Sometimes it’s great to just dance. Never mind trying to get anywhere or achieve anything. Just dance.  Often however, I need to take a step within myself. I want to achieve something, such as to get out of my head or release some pent-up feelings, enquire into a relationship dynamic or clarify a life-choice, etc. Things like that.  Knowing clearly what our intention makes END_OF_DOCUMENT_TOKEN_TO_BE_REPLACED
Movement, home, alone?

Adam Barley | Jun 7 2021
The land for miles around where we live is littered with my graves.  The tree I danced underneath last year, showered with blossom; the hill where I sang to the rising sun; the dark ground I pawed at in anguish; the cliff edge where I wept and rocked myself back into connection; the favourite bit END_OF_DOCUMENT_TOKEN_TO_BE_REPLACED
Men, Violence and Evolution

Adam Barley | Apr 18 2021
A white man in his fifties . . .  For many people, I am automatically and understandably representative of ‘the problem’. It’s easy for me to see that point of view. Humans like me have been and are particularly instrumental in perpetuating the horrifying story of separation and dominance that is ravaging the planet. For me, the dominance-battle most close END_OF_DOCUMENT_TOKEN_TO_BE_REPLACED
What? How? When?
Adam Barley | Feb 25 2021 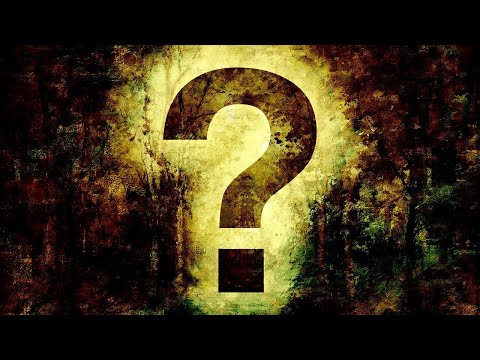 What? How? When? WHAT are you struggling with? HOW can movement help? WHEN is the right time for something other than movement? This is the recording from the recent Q&A session on movement practice. Some interesting themes came out...
Comments

Fill in your email and we’ll be in touch

Fill in your info and we’ll be in touch